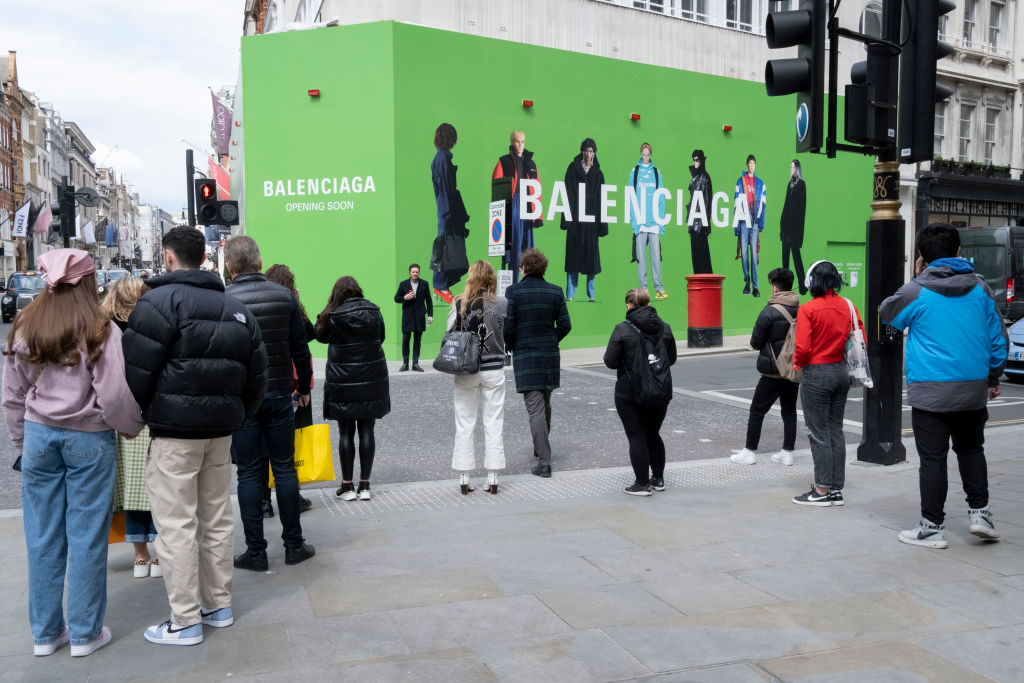 A Black Friday sale is not the reason why popular designer brand Balenciaga began trending on social media today. Instead, it’s for a disturbing advertisement that the brand has now publicly apologized for, noting that the photographer was responsible for the distasteful campaign. Fans aren’t buying it. Read more on the story and see fan reactions inside.

The globally renowned Spanish fashion house, which has been seen on celebrities like Kim Kardashian and Cardi B, released a statement Tuesday (Nov. 22) apologizing for the harmful advertisement and has placed the blame solely on its Italian photographer, Gabriele Galimberti.

One Twitter user discovered that in addition to the strange imagery, the photoshoot also reveals court documents reading “Speech Coalition.” The case, from the 2008 US Supreme Court opinion in United States v. Williams, is part of a federal child pornography law, which Twitter’s self-proclaimed fact checkers have confirmed.

The ruling determined that offering or requesting to transfer, sell, deliver, or trade child pornography did not violate the First Amendment to the United States Constitution, even if a person charged under the code did not in fact possess child pornography with which to trade. The late Justice Antonin Scalia noted that offers to engage in illegal transactions are categorically excluded from First Amendment protection.

Balenciaga says sorry for the photoshoot and claim that they would take legal action against Galimberti and anyone else involved.

“We sincerely apologize for any offense our holiday campaign may have caused. Our plush bear bags should not have been featured with children in this campaign. We have immediately removed the campaign from all platforms.

We apologize for displaying unsettling documents in our campaign. We take this matter very seriously and are taking legal action against the parties responsible for creating the set and including unapproved items for our Spring 23 campaign photoshoot. We strongly condemn abuse of children in any form. We stand for children safety and well-being.”

Fans have many questions and have posted their reactions online. The brand has over 20k tweets since the discovery of this campaign’s peculiar imagery immerged.

Comment your thoughts on Balenciaga’s latest campaign. Will you be supporting the brand in the future?

Check out fan reactions below:

Some fans hint at grooming and indoctrination of children.

Balenciaga only apologized and deleted their content because they got caught.

The grooming and indoctrination of children is truly evil.

Other fans bring Kanye West into the fold.

Balenciaga severed their ties with @kanyewest due to a tweet.

Yet they expect us to just “accept their apology” after they get caught up sexualizing children?

Many fans are DONE with the brand.

we do NOT fuck with balenciaga after that advert.

This Twitter user questions the difference in cancel culture across races.

Wait, shouldn’t balenciaga have their bank accounts closed, get banned on social media, stores temporarily shut down, and all celebrities condemn them first?

Or is that only for black artist and athletes?

Didn’t Balenciaga hire the photographer and the entire team?

Hey Photographers :
When Balenciaga hires you to shoot their new lookbook & you show up to find a toddler laid across a sofa with wine glasses & bondage gear arranged around them, you walk away. Period. pic.twitter.com/DSoHgQLM6O

Balenciaga is very much cancelled in my eyes, I don’t care what explanation they come up with. don’t mess with children

Strange behavior for sure.

So BALENCIAGA, a brand belonging to Kering which has a market cap of about 70 billion, posted children with bondage gear teddy bears and had an easter egg supreme court document about child pornography…and then deleted all their Instagram posts when called out for it and…

This social media user comments on their lackluster designs.

Was it a conspiracy theory or did we all witness the same exact thing?

Pedophiles in the media called the reporting on Balenciaga a “conspiracy theory.”

Meanwhile in reality, Balenciaga is either appalled or pretending to be, as the campaign was real. pic.twitter.com/hF56JcBR9Y

There are absolutely no boundaries or ethical practices anymore.

This is criminal & sick. Sexualizing children must be a redline. @KimKardashian – speak out now. pic.twitter.com/lNIdywunlY